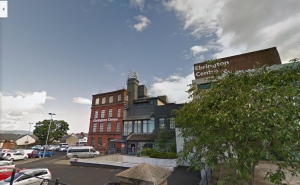 For any further information, please send mail to keralaasso@yahoo.co.uk or feel free to contact any of our BofM’s /executives.
We will be always happy to support you.

Kerala Association is proud to announce that Malayalam Classes have started for children aged above 8 years old. The classes will take place from November 3rd at the Waterside Library.

About Us
A group of people from Kerala, have been a part of L’Derry life for quite a while, with around 80 families living in the city area. The need for a common platform as a community group has been long since felt, and with this in mind, Kerala Association Derry-Londonderry was formed on 20th September 2008.The Association organizes various cultural events and traditional festival celebrations by conducting many activities and events which will help its members to interact with each other and with members from various local communities and will provide an ample opportunity for the members especially for the young generation to understand, develop and display their talents and skills.
Aims and Objectives
-The Association aims to assist the Indian Malayalee (Keralite) community residing in L’Derry city council and surrounding area.
-The Association aims to promote the culture and interest of the Indian Malayalee (Keralite) community to all inhabitants of the area regardless of background.
-To act and work for the welfare, integrated development and co-ordination of Indian Malayalee (Keralite) community members in L,Derry.
-To take independent decisions and act as a spokesman for Indian Malayalee (Keralite) community as and when needed.
-To assist and promote equality and good relations as understood in Section 75 of the NI Act 1998.
Mission
The Mission of Kerala Association, L’Derry is to promote the social and cultural well-being of Indian Malayalee (Keralite) Community residing in L’Derry City Council and surrounding area by preserving and maintaining the rich culture, heritage and values of our mother land, KERALA.
Kerala
Kerala is a state located in the south-west region of India on the Malabar cost. It was formed on 1stNovember 1956 by the States Reorganisation Act by combining various Malayalam-speaking regions. Spread over 15,005 square miles with a population of 33.3 million, it is bordered by Karnataka to the north and north-east, Tamil Nadu to the east and south, and the Arabian Sea to the west.The region had been a prominent spice exporter from 3000 BC to 3rd century. The Chera Dynasty was the first powerful kingdom based in Kerala, though it frequently struggled against attacks by the neighbouring Cholas and Pandyas. During the Chera period Kerala remained an international spice trading centre. Later, in the 15th century, the lucrative spice trade attracted Portuguese traders to Kerala, and eventually paved the way for the European colonisation of the whole of India. After independence, Travancore and Cochin joined the Republic of India and Travancore-Cochin was given the status of a state. Later, the state was formed in 1956 by merging the Malabar district, Travancore-Cochin (excluding four southern taluks), and the taluk of Kasargod, South Kanara. Kerala is a tourist destination: the backwaters, beaches, Ayurvedic tourism, and tropical greenery are among its major attractions. National Geographic’s Traveler magazine named Kerala as one of the “ten paradises of the world” and “50 must-see destinations of a lifetime”; Travel + Leisure listed it as “one of the 100 great trips for the 21st century”.
Derry-Londonderry
Derry or Londonderry is the second-largest city in Northern Ireland and the fourth-largest city on the island of Ireland. The name Derry is an anglicisation of the Irish name Daire or Doire meaning “oak grove”. In 1613, the city was granted a Royal Charter by King James I and the “London” prefix was added, changing the name of the city to Londonderry. While the city is more usually known as Derry, Londonderry is also used and remains the legal name. The old walled city lies on the west bank of the River Foyle, which is spanned by two road bridges and one footbridge. The city now covers both banks (Cityside on the west and Waterside on the east). L’Derry is close to the border with County Donegal, with which it has had a close link for many centuries. The person traditionally seen as the ‘founder’ of the original Derry is Saint Colmcille, a holy man from Tír Chonaill, the old name for almost all of modern County Donegal (of which the west bank of the Foyle was a part before c. 1600).
In 2013, Londonderry will become the inaugural city to be designated UK City of Culture, having been awarded the title in July 2010.